The Lake Minnetonka home improvement market is dynamic. While mortgage interest rates have remained at comparatively low levels for the past few years, it's tempting to assume more people are buying new homes than are renovating or remodeling their existing homes. However, remember this: Because interest rates are so low, home equity loans and complete refinances continue to be popular ways for home owners to pull money out of their properties to make improvements. This article will examine that trend and what it means to the real estate marketplace. 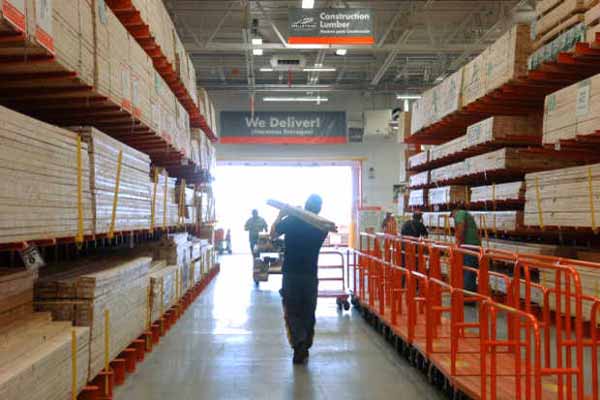 No doubt you've heard and read about the relatively low housing inventory in the current real estate economy. Because of the scarcity of affordable available housing in many markets throughout the country, prices have risen consistently in the past year or two. New home construction is underway in a number of regional markets, but new home sales prices have also spiked as builders and developers have to pay increasingly more for land, labor and materials.

Many home owners across the U.S. have enjoyed equity growth in their homes. This growth, coupled with the short supply and rising costs of new and/or larger homes, have caused these homeowners to put off – at least temporarily – the idea of moving into a new neighborhood or "trading up." Instead, a growing number of American home owners are opting to renovate or remodel their existing homes. If you're thinking of entering the Lake Minnetonka home improvement market, you're not alone.

Recently, home improvement giant Home Depot – the largest home improvement retailer in the world – reported their sales for the first quarter of this year. Not surprisingly, their sales of $22.8 billion represented a 9% increase over the same period last year. In addition, the chain's online sales also increased more than 20% boosting the store's net earnings to just over $1.8 billion, exceeding last year's totals by 14%.

To what does Home Depot attribute their recent increases?

Craig Menear, Home Depot CEO, says some of the success is due in part to the sluggishness of the new-home purchase market. Armed with recent housing data showing lower than expected building permits issued and housing starts provided by the Department of Commerce, Menear said, "Housing data indicates continued tailwinds for our business," indicating at least a short-term forecast of much of the same for Home Depot.

So what does Home Depot know that we don't? Probably plenty.

A deeper analysis of the recently reported numbers will likely show an anticipated strategy for both Home Depot and home owners contemplating taking on Lake Minnetonka home improvement projects.

Building permits in April reflected a seasonally adjusted annual number of 1.12 million. While that figure represents an increase of 3.6% above the revised March rate of 1.08 million permits, it's still more than 5.3% below that total from April a year ago.

The bottom line: The pace of new housing compared to last year has slowed.

While some economists continue to be optimistic, saying the overall housing demand – including pent-up demand from first-time home buyers who've seen their rents increase steadily each year – will rise gradually. In addition, say these economists, home builders are becoming increasingly confident about their sales forecasts.

Others feel homeowners who may be reluctant to sell for fear of not having a suitable, affordable place to move to will be content to stay put and consider renovations or home additions until the market changes. After all, they've seen their properties increase in value, and with the right Lake Minnetonka home improvement choices for their home, there's no reason to think the value won't continue to go up.

It appear's Home Depot is banking on the same strategy – in a big way. Their earnings reflect a feeling that home owners will remain in their current houses at a high enough rate to sustain their continued growth expectations.

From the first quarter of 2015 through the same period in 2016, Home Depot's total assets grew more than 6%. Experts point out that for a home improvement retailer that's a significant increase because it includes merchandise and materials in inventory, in addition to property and equipment. Simply put, analysts say, Home Depot is stocking up.

In another potentially telling move, the Economic & Strategic Research Group of the Federal National Mortgage Association (Fannie Mae) readjusted their 2016 economic growth forecast to 1.7% growth, a decrease from their prior forecast of 1.9% growth and the 2.2% level predicted at the beginning of the year. However, Fannie Mae feels the slowdown will be temporary and short-lived.

Fannie Mae 's chief economist Doug Duncan said, “Home sales are expected to pick up with the spring and summer seasons in full swing, amid the backdrop of declining mortgage rates, rising pending home sales and purchase mortgage applications, and continued easing of lending standards on residential mortgage loans. “Meanwhile, the homeownership rate showed signs of stabilizing during the first quarter of this year, as the relatively high homeownership rates among Baby Boomers have helped offset low homeownership rates among Millennials, many of whom remain on the sidelines due to ongoing affordability issues,” he added.

In the meantime, home owners will probably do what Home Depot thinks they will do – improve their existing home until the market can give them something more attractive and more affordable to move into.