Higher Lake Minnetonka real estate prices have ushered in the return of the house flipper. Flippers are loosely defined as investors who buy homes, maybe perform some minor or major improvements and try to immediately sell the properties –– usually at a much higher price than they paid for it. In 2015, the number of active home flippers in the market reached the highest level in almost a decade. Let's take a closer look at the future of flipping. 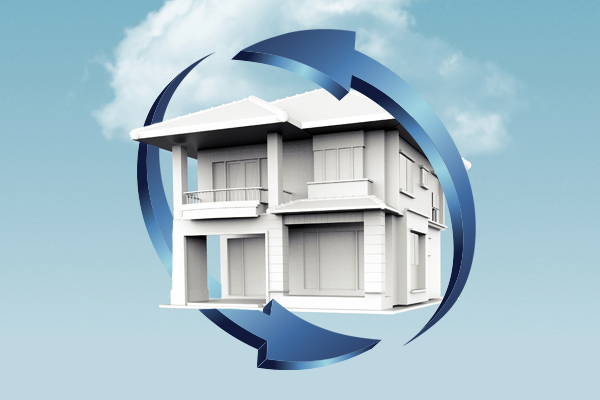 According to RealtyTrac, there were nearly 180,000 single-family homes and condominiums flipped in 2015. Technically, a flip is defined as a home that is bought and resold within a 12 month period. Flip transactions comprised 5.5% of all sales in 2015 – the first increase in the flipping share in more than four years. RealtyTrac reports that flipping activity increased in 75% of the nation's housing markets. In addition, profits are setting records, too.

Lake Minnetonka real estate experts attribute the growth in flipping to the renewed confidence in the housing market's ongoing recovery. RealtyTrac says not only is the share of home flips rising again, but even smaller investors are participating in the buy and sell activity.

In some markets across the U.S. there are still a number of distressed properties on the market for sale. And, investor demand fueled by the unstable stock market has reopened this avenue for investment growth and profit gain. Real estate agents report multiple offers on the best investable properties as soon as they hit the market. If there's money to be made in a particular house, the flippers are very interested and are acting fast.

One concern on the horizon is that home prices could be rising too fast – even for the flippers' tastes. the main reason for the increase in prices during 2015 and so far this year is the basic law of supply and demand. The supply of homes on the market is low – especially near the lower end of the housing market – and the demand is high. Everybody, not just the flippers, wants a good deal. The prices for homes sold in January were nearly 7% higher than January 2015 and represented a higher annual gain than the month of December, according to CoreLogic. The fear is that house flipping will cause prices to rise even higher – artificially higher – most notably in markets experiencing the lowest inventory.

Some economists warn that as home flipping increases, it's usually an indication of potential problems in the housing market. Such was the case in the housing boom of a decade ago. The difference then, however, was that the flippers were utilizing cheap and available credit to buy their properties, with little of their own money invested in the homes. Because that type of credit and lending is no longer available as it once was, flippers instead are using a larger amount of their own cash into their deals, even with investor financing.

One leading economist said, "More inexperienced home flippers with a smaller financial cushion could be a sign of an over-speculative market, but the data indicate that flippers in 2015 continued to operate within relatively conservative margins." He went on to say that, "Homes flipped in 2015 were on average purchased at a 26 % discount below estimated market value and resold by the flipper at a 5% premium above estimated market value."

Even more concerning is the ever-weakening home affordability for the first-time home buyer or owner occupant looking to trade up. With first-time buyers comprising a much smaller share of total home buyers today than ever before, the risk of a recurring housing price bubble could continue to dissuade them from buying.

In some markets – especially urban areas – investors have to put more of their money into the property to finance it and renovate homes that are often in critical disrepair. And while the properties can be bought for relatively low sales prices and investors stand to make handsome profits once the houses are renovated and sold, investors must be careful to buy the right property in the right market. The failure to do so will result in not having the buyers they need.

Immediately following the recent housing crash, large institutional investors swooped in and purchased thousands of properties in distress. They were able to transform the overwhelming majority of those properties into single-family rental homes. Institutional investors today are buying fewer properties. Smaller investors are taking their place. And those small investors have a penchant to buy and sell – flip the homes – rather than hold onto them in a Lake Minnetonka real estate investment portfolio.

The total number of investors completing at least one flipped transaction in 2015 was at the highest level in more than eight years. The number of flips per investor was at the lowest level since 2008 according to RealtyTrac.

As home prices continue to rise, flippers in turn are seeing their returns increase. Of the homes that were flipped in 2015, the average gross profit was $55,000 nationwide. That amount represents the highest gross profit levels in a decade (since 2005,) RealtyTrac reports. The return on investment neared 46%, an increase of 2% over 2014 and an 11% increase compared to 2005, when flipping was widespread.