Lake Minnetonka mortgage experts say 2016 may bring greater borrowing opportunities for homebuyers. Although you still have to qualify for the amount you want to borrow, more lenders are reporting a loosening of credit standards. Fannie Mae says loan underwriting is expected to ease in the near future. Let's examine why this may be the case and what the effect may be. 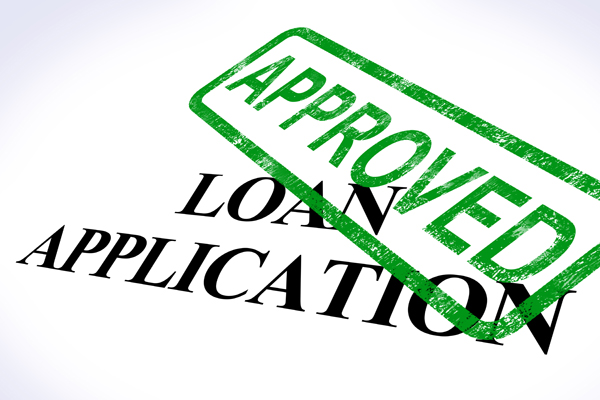 Relaxed credit requirements will likely help the housing market. Tight credit standards and a short supply of affordable homes for sale have been cited as reasons for the housing market's slow recovery. In a recent survey of Fannie Mae lenders, 16% said they expect a relaxation of credit standards in 2016. Lenders expecting a tightening of standards dropped to 2%. The survey was conducted by Fannie Mae and represented a cross-section of nearly 200 lending institutions.

While credit may improve, affordability for first-time home buyers will remain a challenge. With the number of starter homes on the market, home price appreciation is still higher than growth in household income. However, the easing of credit standards should provide some assistance to offset affordability.

As the prospect of rising interest rates looms in 2016, many lenders expect more competition. This may persuade them to ease some of the lending safeguards added after the last housing crash. Fannie Mae, Freddie Mac and the FHA have all worked to clarify lender liabilities for bad loans. They have been pushing hard for lenders to ease their credit practices to help the housing market recover.

In addition, Fannie Mae recently announced a new credit scoring program. Dubbed "trended data," the scoring model shows a broader review of the credit history of borrowers. That should improve the credit scores of some home purchasers. According to a recent study by TransUnion, trended data would increase the percentage of borrowers in the "super prime risk" tier from 12% to 21%. Those borrowers would get better access to new mortgage loans at the best rates.

Despite the potential relaxation in credit standards, a recent survey by the National Association of Realtors revealed roughly 66% of consumers perceive mortgages as "somewhat difficult" or "very difficult" to obtain in today's market.

As predicted by some in the Lake Minnetonka mortgage industry, sales of existing homes fell sharply in November. Insiders say the new consumer disclosure rule was to blame. The rule resulted in delays in many mortgage loan closings.

The sale of existing homes dropped 10.5% during November from the previous month, according to the National Association of Realtors. With a seasonally adjusted annual rate of slightly more than 4.75 million homes sold, it was the slowest month for existing home sales in more than eighteen months. The decline follows a 3.4% decrease in October, as well.

The chief economist for the National Association of Realtors, Lawrence Yun, said the decline in demand was due, in part, to the Consumer Financial Protection Bureau's recent new disclosure rules. The requirements, known as "Know Before You Owe" or TRID (Truth in Lending Act and Real Estate Settlement Procedures Act integrated disclosures,) went into effect in October. Confirming the fears of many in the Lake Minnetonka mortgage industry, the disclosure forms have increased the time needed to close a loan. The delays pushed closings that should have taken place in November into December, sometimes January.

Lower home inventory and higher asking prices were also responsible for the drop in home demand. The combined impact meant that existing home sales dropped nearly 4% in November compared to November of 2014. That decline was the first year-to-year decrease since September of 2014.

As written in a previous article on this topic, mortgage lenders feared the new changes would create technological hurdles requiring additional software programs and thousands of man-hours.

The disclosure form given to the consumer after the loan application begins — known as the Loan Estimate — covers the rules as to what can and cannot be done by the lender. It includes cost estimates approved by the borrower in writing before the application process can continue. The Closing Disclosure must be given to the borrower within three business days of closing. It shows all the costs paid by the consumer. If the borrower wants to make any changes during the three-day window, the three days start over. As expected, this has caused delays and the "domino effect" creates additional delays in loan closings.